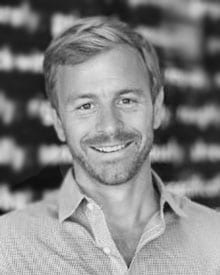 Amon co-leads Acumen America – setting strategy, building community, and investing in companies across the US.
Most recently, Amon worked on Acumen’s Global Portfolio team out of New York. Prior to that, Amon led Acumen’s agriculture and water/sanitation investing in East Africa. Amon was based in Nairobi for four years where he originated, diligenced, and managed a number of investments, building the agriculture portfolio from scratch.

Prior to joining Acumen, Amon worked in Addis Ababa, Ethiopia with Cherokee Investment Partners, developing an impact investing strategy and building a community of entrepreneurs. Amon began his career at the University of North Carolina at Chapel Hill, helping to launch the Carolina Entrepreneurial Initiative.

Amon holds a bachelor’s with Highest Honors from the University of North Carolina at Chapel Hill where he was a Morehead-Cain Scholar. Amon also holds a master of business administration degree from the Stanford Graduate School of Business where he received the Frances & Arjay Miller Fellowship in Social Innovation and the Miller Social Change Leadership Award.